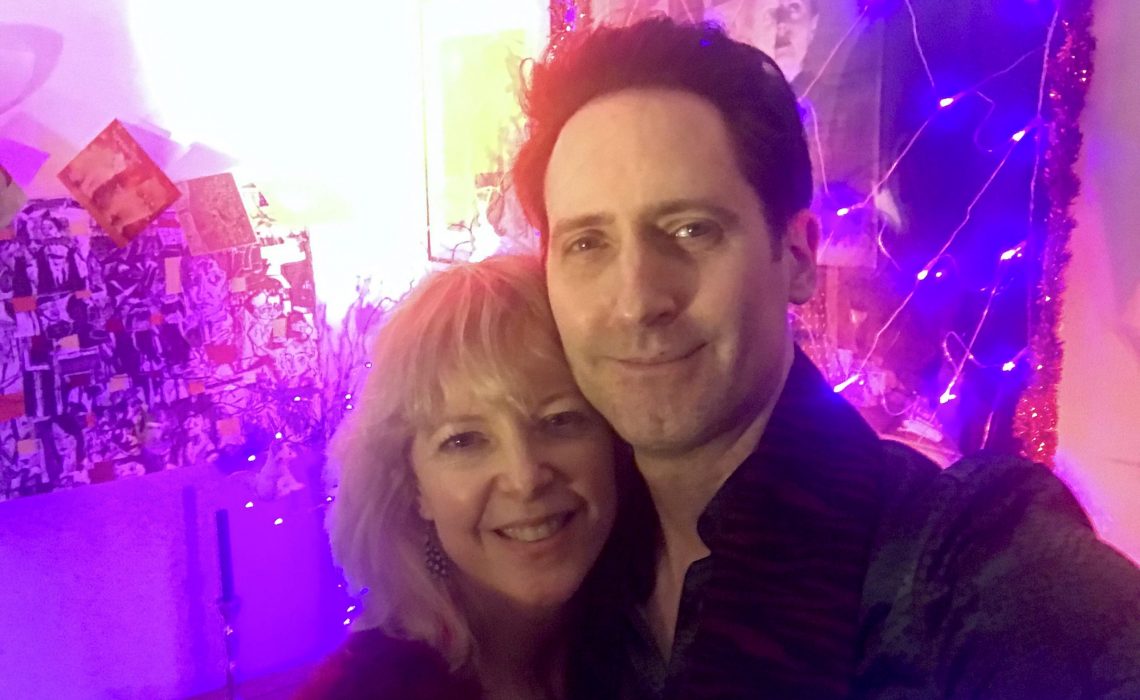 Hangover Square – In Pursuit of Beauty

Emerging from the ‘colourful’ darkness of a year spent mostly on lockdown we have finally finished writing and recording the debut album for our new project ‘Hangover Square’. A year ago we had only just heard of ‘lockdown’ and could have no idea what it felt like. We were also between projects having ended our punk-blues duo Husky Tones a few months earlier and were messing about with some new sounds and songwriting ideas not really knowing what shape they would take but these were the beginnings of Hangover Square. We had decided to essentially take 2020 off from live performance to figure out what we’d like to do next so had no gigs together booked, with hindsight we feel very lucky about that.

And then it came, March 23rd 2020, ‘Lockdown’, which would later be called ‘The First Lockdown’. For the first few weeks the anxiety of flailing about in this new darkness took over from creativity as we frantically tried to work out how to continue earning, not catch or pass on the new invisible killer and come to terms with what was happening on a global scale. But then something happened. The peace arrived. The traffic had gone, the sunshine turned up and whilst sitting in the middle of an otherwise bustling city the bustle had stayed home and we could hear nothing but nature. And the music started. It was both an opportunity and an escape.

We took turns writing lyrics in the garden whilst the other was bashing out nascent chord progressions indoors. Our cat, Osvaldo, displaying a newly discovered love of lockdowns, always had a lap to sleep on. The phrase ‘prison paradise’ appeared in one of the first songs written.

We listened to music and discussed which of our cornucopia of loves would be rounded up to be the influences for this particular project. It started to come together, in lists…song titles, band name possibilities, sound world, instrumentation.

The world at large

But just as we had peace we also had rage. Television and social media, as helpful as they can sometimes be, have a habit of bringing the horrors of the world crashing into our living rooms…

So were we. We talked about everything, tried to process what was happening, and drowned our sorrows. Then once our sorrows were drowned, however, we were able to capture them on the page. Songs of isolation, doom, optimism, love, sadness, and inspiration were cajoled from our fevered hands.

We teamed up with a producer who was happy to work remotely and a drummer who could record his parts elsewhere (we still haven’t actually met him face to face yet!) and send them to us. Virtually everything on the album was recorded at home. Hangover Square is essentially a duo but with added backing vocals galore, over dubbed guitars, organs, pianos and synth sounds and with the modern magic of midi to include orchestral instruments we turned this locked down duo into a grand 40 (give or take) piece ensemble.

With no gigs on the horizon reproducing it live has not been a concern for us so we let our creative juices flood forth and multiply. And this has been joyful for us. Utterly joyful. Now that the process is so nearly finished we desperately want to share this joy with all of you. We will soon be announcing a release date, it’ll be available on CD and limited edition vinyl. Plus we added another layer of distraction therapy by undertaking to make a music video for every song, these are also very nearly complete.

The end as beginning

This post has been merely an introduction to the year that we’ve had. From a few disparate thoughts to a fleshed-out creative project via the weirdest 12 months, we’ve known. And whatever the future holds for this pandemic or any other, we remain in pursuit of beauty.

By submitting my information, I agree to receive personalized updates and marketing messages about Hangover Square based on my information, interests, activities, website visits and device data and in accordance with the Privacy Policy. I understand that I can opt-out at any time by emailing [email protected]